I'm Meag and I own Made by Meag! I am based out of Thunder Bay, Ontario where I have lived since I was 18 years old. I am originally from a small town in Southern Ontario, Cobourg, but moved up north for University, fell in love with the city, and stayed. I have two wonderful, crazy, amazing boys, and 2 ridiculously adorable and needy cats. I received my Masters of English in 2009 from Lakehead University and when I am not busy sewing or knitting up a storm, you can find me at my day job as Community Engagement Coordinator for a local adult literacy nonprofit.

I have always been creative and crafty. I spent summers as a kid at our family cottage learning how to cross-stitch, paint, and my favourite, knit. I've been knitting since I was 7 and when I was in my Masters I took it back up as a way to get back to my creative side and focus my anxiety. Creating has always been an integral part of who I am. I learned to sew at a young age, first with my mother teaching me, then school, then back to my mum... then finally getting my own machine in 2011. Six months after getting back into sewing I had made all the favours for my wedding and was officially hooked! I haven't looked back since.

Made by Meag unofficially started in October 2015 with the first Thunder Bay ThunderCon. I had made a few nerdy bags for myself and wanted to do more so booked a table at the local Con. It picked up from there after The Walleye wanted to feature the bags in their annual Gift Giving December magazine. A Facebook Page was created, and the rest, as they say, is history! The business became official in April 2016 and I attend my first FanExpo later that year. Since then, I have been busy with various nerdy cons, local artisan shows, custom orders and classes. I have produced and shipped orders all across Canada and throughout the world. I have been featured on CBC Thunder Bay and CBC The 180, Made by Meag has been voted in the top 3 of The Walleye’s Best of Thunder Bay for two years (Best Crafter, Best Instagram and Best Blog), and I have been published by Today's Parent.

Since April 2017, I have taught classes locally here in Thunder Bay at Circle of Friends Quilt Shoppe, as well as in my own studio for awhile. I am also a national artisan for Janome Canada. 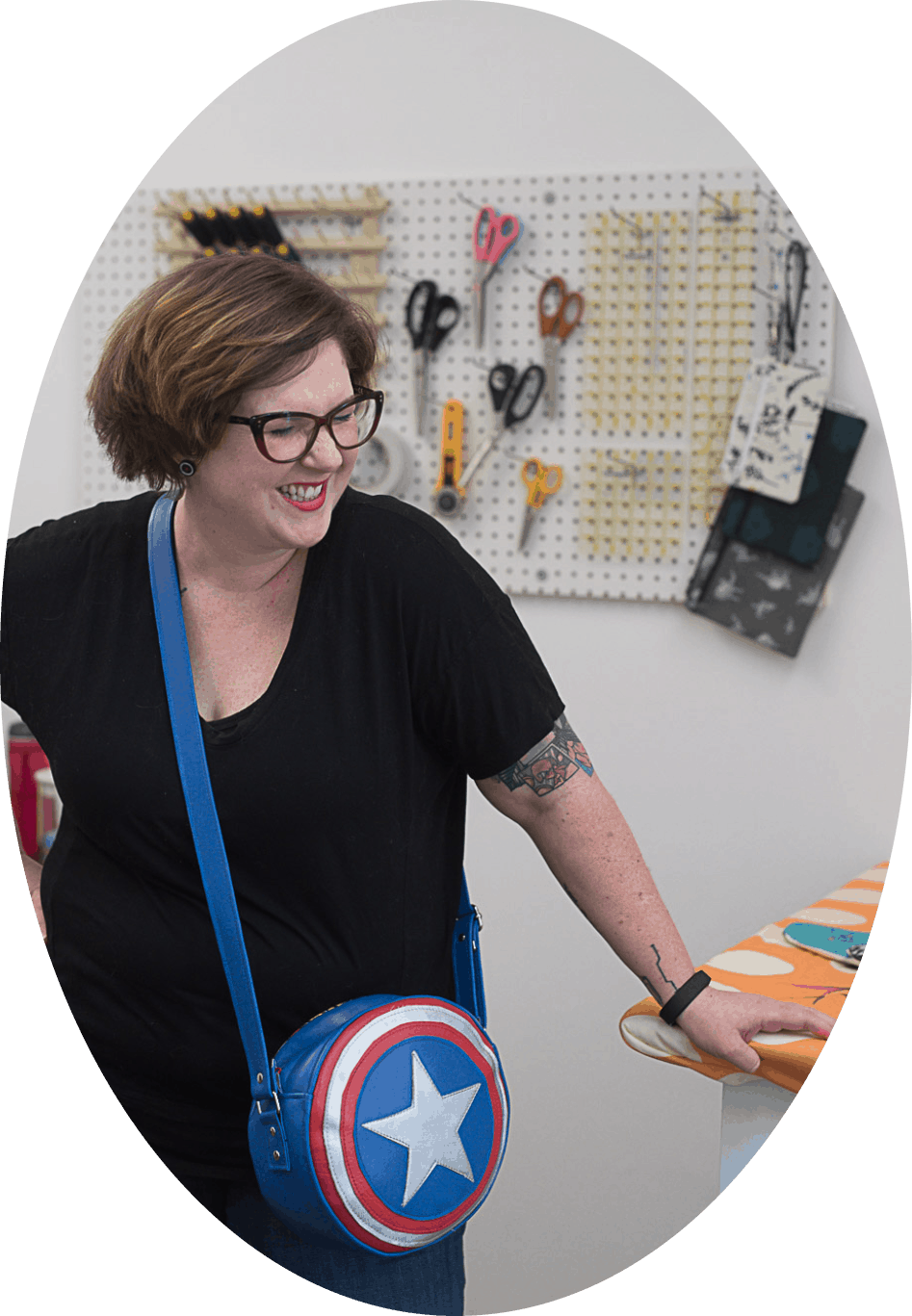